England Under-21 manager Aidy Boothroyd believes it is not possible to succeed in the role, as his side face a second successive group-stage exit from the European Championship.

Defeats against Switzerland and Portugal mean England must beat Croatia to have any chance of reaching this summer’s quarter-finals.

“The England senior men’s job was called the impossible job,” he said.

“The England U21 team is the utterly impossible job.”

Boothroyd, who led the under-21s to the last four in 2017, said the way the England international set-up is structured limits the chances of the U21s winning tournaments.

“It’s not possible to win at all levels,” said Boothroyd.

“Part of the reason we haven’t won this for 37 years is [that the under-21s’ role is] to get players to the first team.”

Boothroyd said he thinks he has done a “successful job” and revealed he has been in regular contact with senior boss Gareth Southgate while Football Association technical director John McDermott is in Slovenia with the side.

“You shouldn’t be working in youth development if you think your job is to win every game and not produce players for the senior team.

“We have won things in the younger age groups and as they’ve matured, they’ve been fast-tracked. That’s how it works. That is the way to do it.”

Fourteen players who represented England in the 2017 and 2019 tournaments have since featured for the full international side, including Mason Mount, who has played in England’s past seven games, and Phil Foden.

Boothroyd said he was “hoping” to have Mount at the tournament, along with Jude Bellingham, who is also with Southgate’s full squad.

“Nobody thinks about the U21s from outside until you get to the finals,” added Southgate.

“I think it’s always a good question – we want to try to win tournaments when we can. We have benefited when the under-17s won and also the under-20s.” 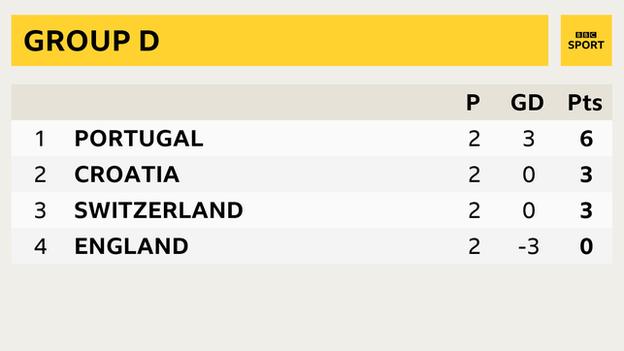 Boothroyd, who led England to success at the Toulon Tournament in 2018, managed Watford, Colchester, Coventry and Northampton before taking over from Southgate in 2016.

Asked if Wednesday’s game is the biggest of his career, Boothroyd replied: “I think it is – it’s about keeping a cool head now.”

England, who have only had one shot on target in their two games so far, need to beat Croatia by two clear goals and Portugal to defeat Switzerland to reach the last eight.

They will be without Callum Hudson-Odoi, who has returned to Chelsea with an injury, while Arsenal midfielder Emile Smith Rowe is a doubt.