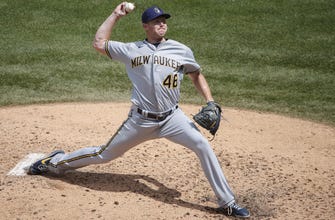 If you like strikeouts, you’re going to probably love this weekend’s series between Milwaukee and Cincinnati.

The Reds and Brewers pitching staffs rank 1-2 in strikeouts per nine innings in the majors thus far in the shortened 2020 season.

Overall, the Brewers are fanning 11.02 batters per nine innings. Here’s how it shapes up among the 15 pitchers on the current roster:

Seven Cincinnati relievers have a K/9 of higher than 11.0.

In other words, don’t turn off your TV if Milwaukee happens to trail in any game.