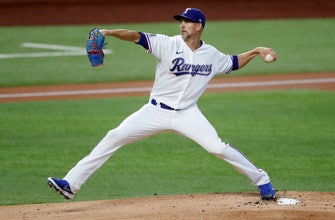 The following is a press release from the Texas Rangers:

Arlington, Texas — The Texas Rangers today announced that the club has acquired two players to be named later along with international slot compensation in exchange for left-handed pitcher Mike Minor and cash considerations.