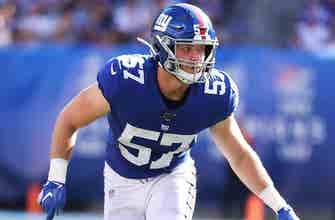 Linebacker Ryan Connelly joins the Minnesota Vikings a day after being waived by the New York Giants during final cuts on September 5.

Connelly spent his rookie season with the Giants in 2019, playing in four games with three starts before suffering a season-ending injury. In 2019, he collected 20 tackles, 1.0 sack and two interceptions.

The Eden Prairie, Minnesota native was a fifth-round pick out of Wisconsin by the Giants in the 2019 NFL Draft.